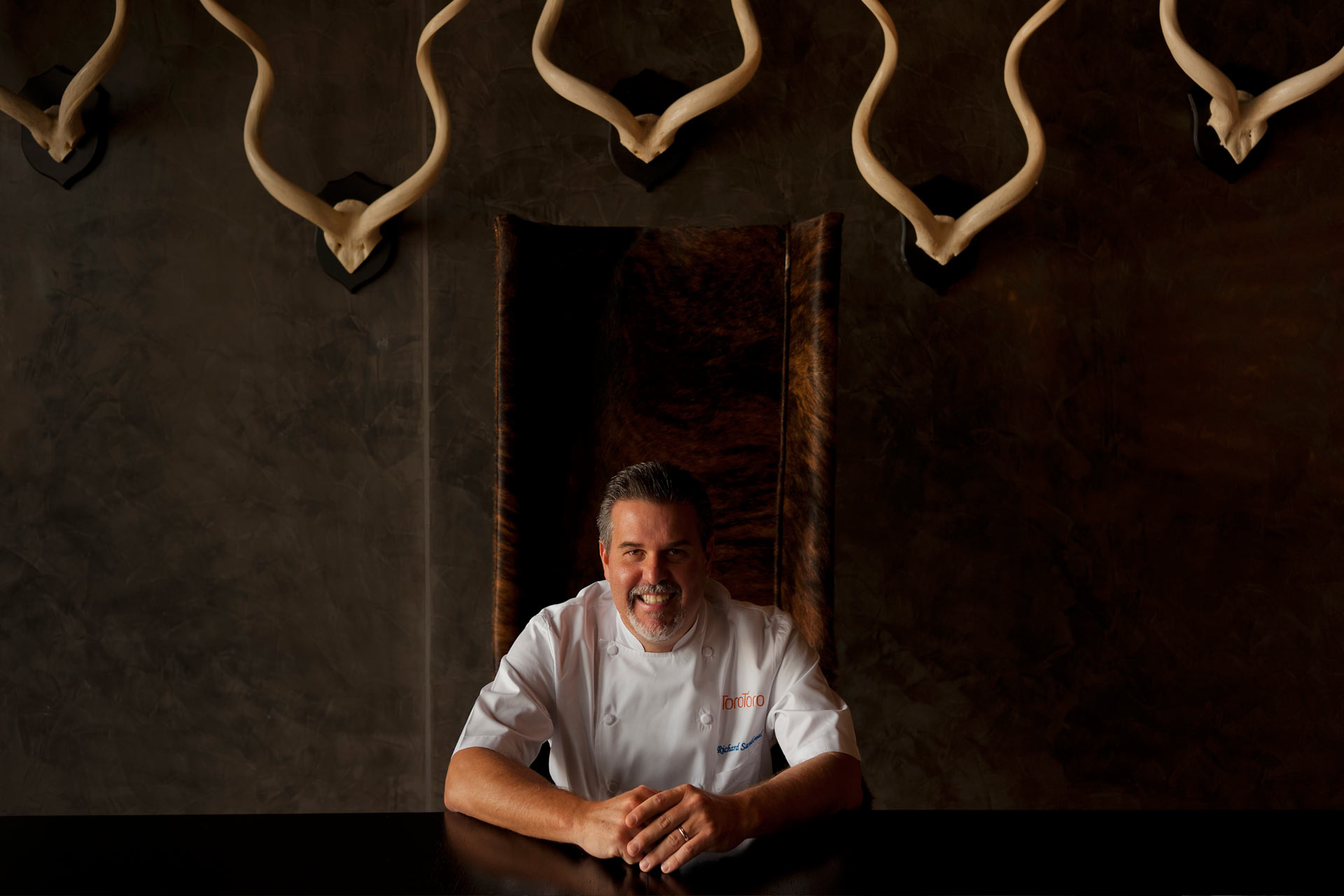 Growing up in Mexico City, Richard Sandoval would join his grandmother in the kitchen and gather around her large table with family to enjoy lively Mexican feasts prepared from scratch.

From his grandmother, he learned to respect fresh, authentic, ingredients and create the vibrant flavors that turned family dinners into celebrated events. Meanwhile, his restaurateur father imparted lessons in service and restaurant management.

Sandoval, who was once a professional tennis player and had toured the world participating in prestigious matches, had such a passion for food that he decided to enroll in the Culinary Institute of America. In 1997, he opened Maya, his flagship modern Mexican restaurant in New York.

During the past 18 years, Sandoval’s career as a Chef-Restaurateur has evolved to include serving as a culinary consultant, television personality, cookbook author and brand ambassador.

With the broad range of restaurants in his portfolio, Chef Sandoval combines authentic Latin ingredients with international flavors and inventive techniques to create new and unexpected concepts and cuisines such as modern and coastal Mexican, Latin-Asian, Peruvian and Pan-Latin.

Sandoval has developed menus for American Airlines First Class cabin, as well as many of the world’s leading hotels. He is equally passionate about tequila and has curated one of the largest collections in North America and the Middle East and aspires to educate diners on their quality and diversity.

When not cooking, Sandoval is passionate about training the chefs of the future. He supports their growth on the Board of Trustees at his alma ma­­ter, the Culinary Institute of America and has recently received an honorary doctorate from Johnson and Wales. For his work, he has been awarded Mexico’s National Toque d’Oro 2003, Bon Appétit Restaurateur of the Year 2006 and Cordon d’Or Restaurateur of the Year 2012, James Beard Semi-Finalist for Outstanding Restauratuer and various other awards for his restaurants around the globe.

Setting the stage for specialties seasoned with Pan Latin flair.

If your requested reservation time is unavailable, please contact Toro at (954) 686-1200 and we will do our best to accommodate your needs.